A look back through decades of high-speed entertainment.

Sebring International Raceway holds a rich history that dates all the way back to New Year’s Eve of 1950—and its legacy has been evident in every race ever since. Visitors, whether they’re familiar with the raceway or experiencing the excitement for the first time, can sense the traditions that have been carried through nearly seven decades of competition from start to finish—and we’re not just talking about the race itself.

What started as Hendricks Army Airfield, a World War II base used to train B-17 combat crews, has now become the home to one of the most prestigious 12-hour endurance races known internationally, second to Le Mans. Thanks to aviation and racing enthusiast Alec Ulmann, this was made possible after he improvised the war base runways as a raceway track to host the first six-hour endurance race. It wasn’t until this pivotal moment that Sebring then marked its first 12-Hour Endurance Race just two years later and is now known as the most famous racetrack in the nation.

A child was born in Green Park during the Sebring 12 hours:

We have no evidence this ever happened. Remember, we are talking about a child being born in Green Park, not conceived. However, children were born at this location when it was a military base.

The Governor of Florida was once given a tour on the Sebring circuit while the race was going on.

In 1950, Sebring promoter Alec Ulmann took Gov. Fuller Warren on a lap around the track while the race was in progress!

By all accounts, Morrison attended the 1962 and/or 1963 race. Remember, he was born in Melbourne, Florida and attended St Petersburg Junior College and Florida State University.

The race was once red flagged because an alligator was on the track.

Alligators have made their way on to the track at Sebring, but not during the race.

A notorious serial killer raced in the 12 Hours of Sebring.

Christopher Wilder, later to be discovered as the “Beauty Queen” serial killer, drove in the 1983 race. He was killed by police the following year trying to cross the border into Canada.

Dale Earnhardt had a “secret” test in a factory Corvette at Sebring shortly before he died.

Earnhardt and his son Dale Jr. tested with the Corvette team in December 2000.

The Sebring race was scheduled to relocate to West Palm Beach in 1967.

Yes, Alec Ulmann officially announced this but it never happened, in part due to heavy rains that flooded the new track near West Palm Beach a few months before the race. Ulmann considered moving the race to Fort Lauderdale in 1957.

A movie starring Robert Redford was filmed at Sebring Raceway.

The sanctioning organization changed the race name to the “Sebring-Camel 1200 km” instead of “The 12 Hours of Sebring.” However, the race was never held.

Walter Cronkite once drove in the 12 Hours of Sebring.

The famous journalist drove a Lancia in the 1959 Sebring 12 Hours. On his first practice lap three days before the race, he witnessed a fatal accident when Edwin Lawrence crashed his Maserati at the Hairpin. Lawrence’s family comes to the 12 Hours race every year, camps at the track and holds a private memorial service.

Several cars started the 1955 Sebring 12 Hours without permission, sneaking on to the track during the start.

Six drivers of reserve entries, unhappy they were not allowed to start, decided to go on the track at the start, they all did one or two laps and then got off the track.

A Ford GT involved in a fatal accident back in 1966 is buried at the track.

A Ford GT driven by Bob McLean, in which he was killed during a fiery accident approaching the hairpin in 1966, was buried at nearby property. There was very little left of the car. The remains of an Alfa Romeo also are buried near the circuit. We’re not telling where.

Gene Hackman, James Brolin, Lorenzo Lamas, Paul Newman, Steve McQueen, David Carradine and James Garner are all actors who have driven in the 12 Hours of Sebring.

Yes, they all did except Garner, who was a car owner in the 1960s and attended Sebring regularly but never drove in the race.

During the 1957 Sebring 12 Hours, Stirling Moss slowed down at the Hairpin so someone could hand him a cold bottle of Coca-Cola.

Legendary photo-journalist Bernard Cahier handed Moss the Coke at the Hairpin, and on the next lap Moss tossed the empty bottle!

Apple co-founder Steve Jobs drove in the 12 Hours of Sebring.

He attended the race in 1980, but he never drove in the race.

The Memphis Belle landed at Hendricks Field as part of a War Bond drive and morale booster for the crews training in Sebring.

When preparing for the construction of the new pits in 1999, construction workers found live WWII era ammunition from Hendricks Field.

Never happened. Nor did they find Jimmy Hoffa.

The car that won the first ever race at Sebring in 1950 was actually a spectator’s car.

Victor Sharpe of Tampa drove his Crosley Hot Shot to the Sam Collier 6-hour Memorial race in 1950. He was convinced to loan his car to drivers Ralph Deshon and Fritz Koster. They ended up winning the race, which was run on a handicap formula.

For some reason this is one of the most common myths about Sebring. The race was NEVER a 24-hour race.

Even though there was no Sebring race in 1974, devoted fans showed up anyway.

The actual number of fans who showed up that year is uncertain, estimated somewhere between 2,000 and 5,000.

The artist in 1964 was named Shultz, spelled different than the Peanuts creator.

Some fans swear he did. Tom will only say “I could have, I might have.”

The race was once yellow flagged because the track was running out of fuel for the teams.

In 1983, a yellow flag was needed to allow a fuel truck to cross the track to bring more fuel. There were 83 cars in the race that year!

During the first two Sebring 12-hour races, armed patrols on horseback were hired to shoot stray animals that could have wandered on the circuit.

Wild boar and deer were a concern for race organizers.

A Led Zeppelin concert scheduled at Sebring Raceway was cancelled at the last minute.

In 1975, Led Zeppelin, BTO and the J. Geils Band cancelled a concert appearance at Palm Beach International Raceway, not Sebring. However, a Joe Cocker concert scheduled at the 1975 Sebring 12 Hours was cancelled only two weeks before the race.

Roger Penske’s Chevrolet Lola was stolen after the 1969 Sebring 12 Hours.

While towing the car back from Sebring, the team stopped near Ormond Beach, where it was stolen (most of it was eventually recovered).

A spectator once arrived three months early to get in line for the race.

The earliest arrival was by Patrick Taylor of Palm Bay, Florida, who arrived on December 26th 2003, nearly three months before the race.

One of the victims of the Charles Manson family in 1969 was hair salon entrepreneur Jay Sebring, who named himself after the famous 12-hour race.

Sadly true. His real name was Thomas Kummer, but he chose Jay “Sebring” because he liked the name of the famous Florida sports car race.

From the asphalt to the stands, Sebring International Raceway is a race enthusiast’s paradise. This world-class track stands out from the pack for its fan-friendly build and premier amenities. We invite you to become part of this legacy. 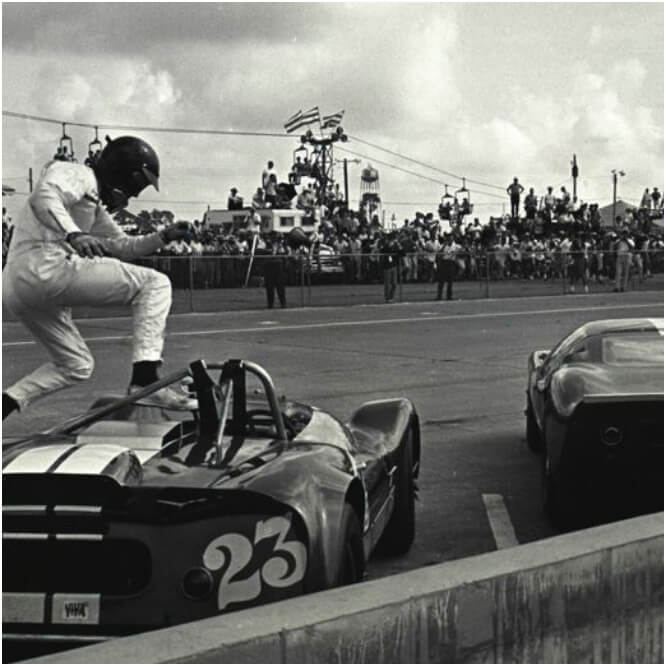 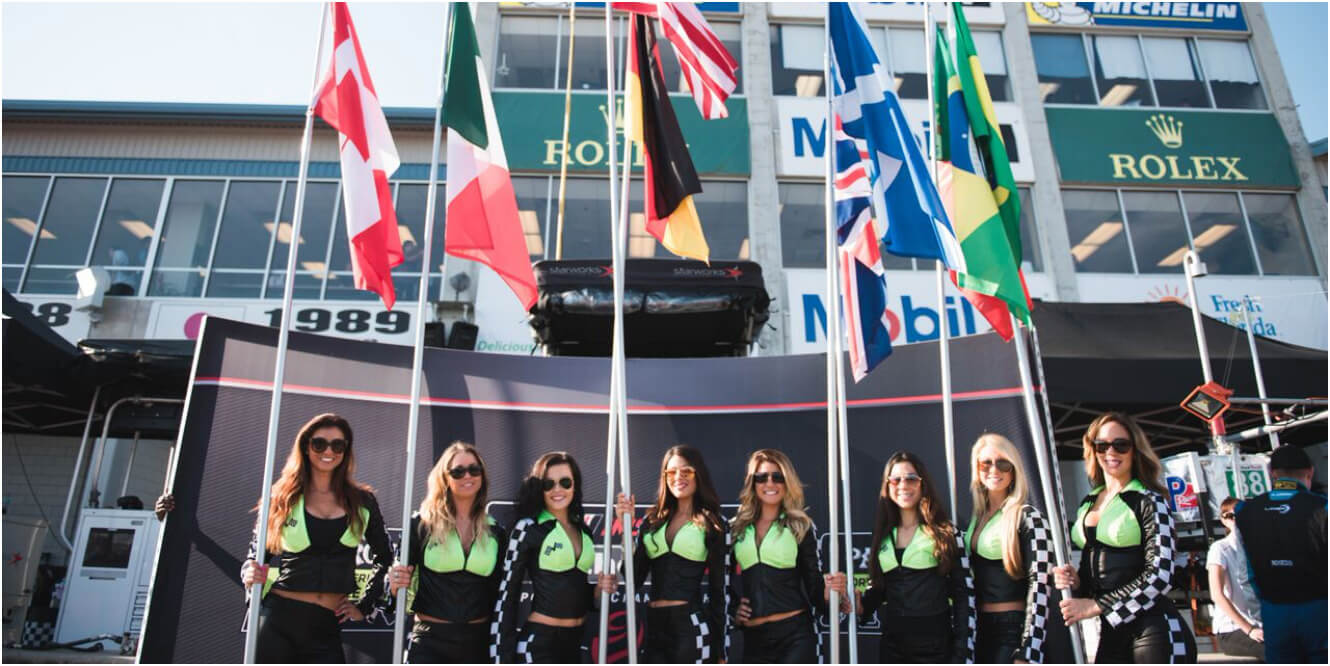 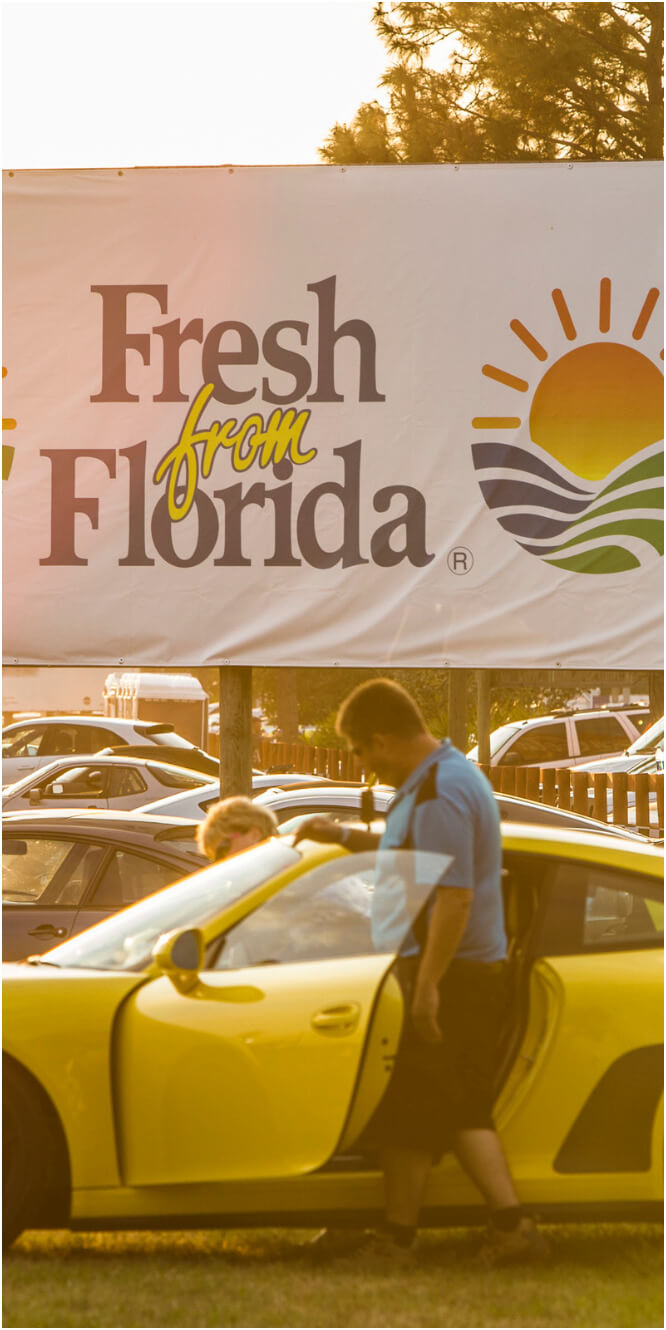 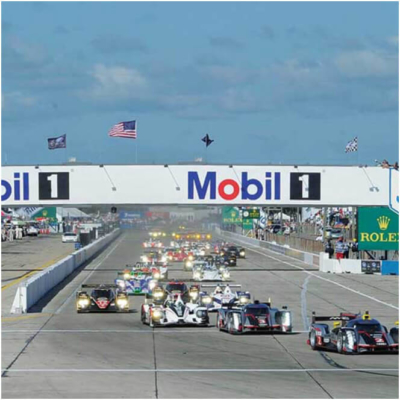 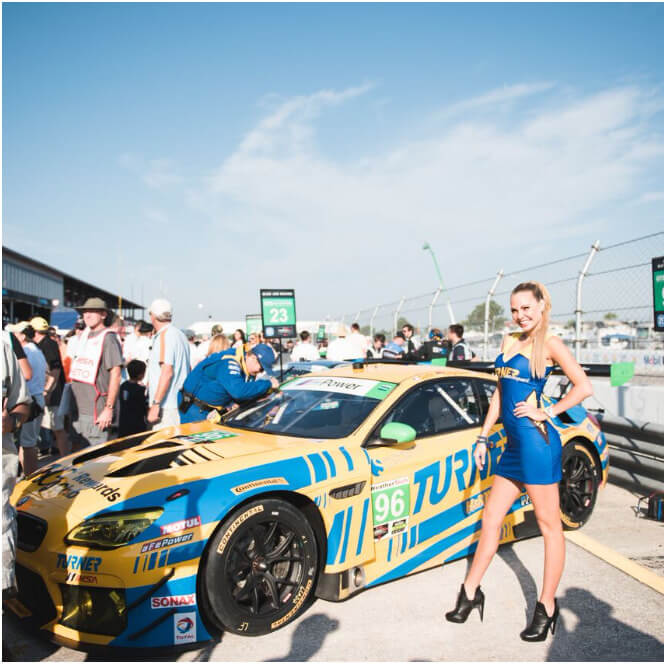 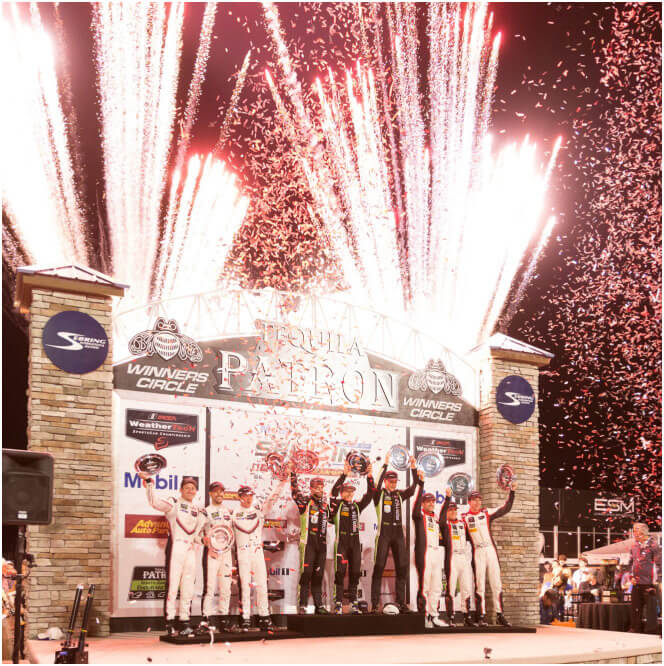 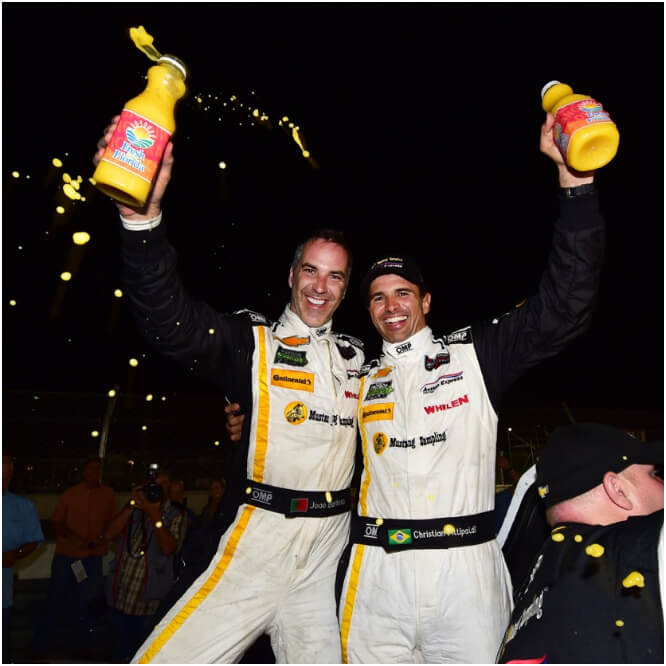